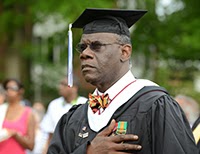 Re: Appointment to the Ethics Committee

Congratulations on your selection by the Supreme Court of New Jersey for membership and service on the District Ethics Committee for a four-year term beginning on September 1, 2015. Your willingness to commit time and energy to maintaining high standards of the legal profession is very much appreciated. The Supreme Court, the legal profession, and the public we serve count on volunteers, such as yourself, to ensure that the important goals of the attorney disciplinary system are met.

To prepare you for your service on the committee, we are holding an orientation session for all new members throughout the state. The orientation program will cover a wide array of topics designed both to give you an overview of the attorney disciplinary system in New Jersey and also to provide you with substantive and practical information to assist you in carrying out your important investigative and/or hearing responsibilities within the system. Because this program represents the most comprehensive orientation the Office of Attorney Ethics will offer to incoming members during the course of the year, we ask that you make every effort to attend. For attorneys admitted in New York and Pennsylvania, this program qualifies for CLE credit in those jurisdictions.

The orientation will take place on Thursday, September 17, 2015, from 9 a.m. to 1:00 p.m., at the New Jersey Law Center in New Brunswick. Enclosed are directions to the Law Center and a flyer about the orientation. Please complete and return the bottom portion of the flyer at your earliest convenience.

Please remember to inform us of any changes of address or phone numbers that may occur during your term of service. Finally, if there have been any changes in your personal or professional circumstances that will prevent you from accepting this important and challenging position, please communicate with me as soon as possible.

I am sure that the officers of your committee will be in touch with you regarding your committee's first meeting in the fall. I look forward to meeting you at the orientation and to working with you throughout the coming year.

Email ThisBlogThis!Share to TwitterShare to FacebookShare to Pinterest
Labels: Marsh

I served with you in Vietnam 1969, B Troop 2/17th Cavalry.   On May 15, 2014, I graduated from Rider University, with a Bachelor’s Degree in Liberal Arts and a minor in history.  In addition, Rider University selected me to deliver the “Commencement Address.”   I became the first African-American and Vietnam Veteran to receive this distinct honor.

Here is a link to the 2014 Rider University Commencement Address that I delivered on May 15. 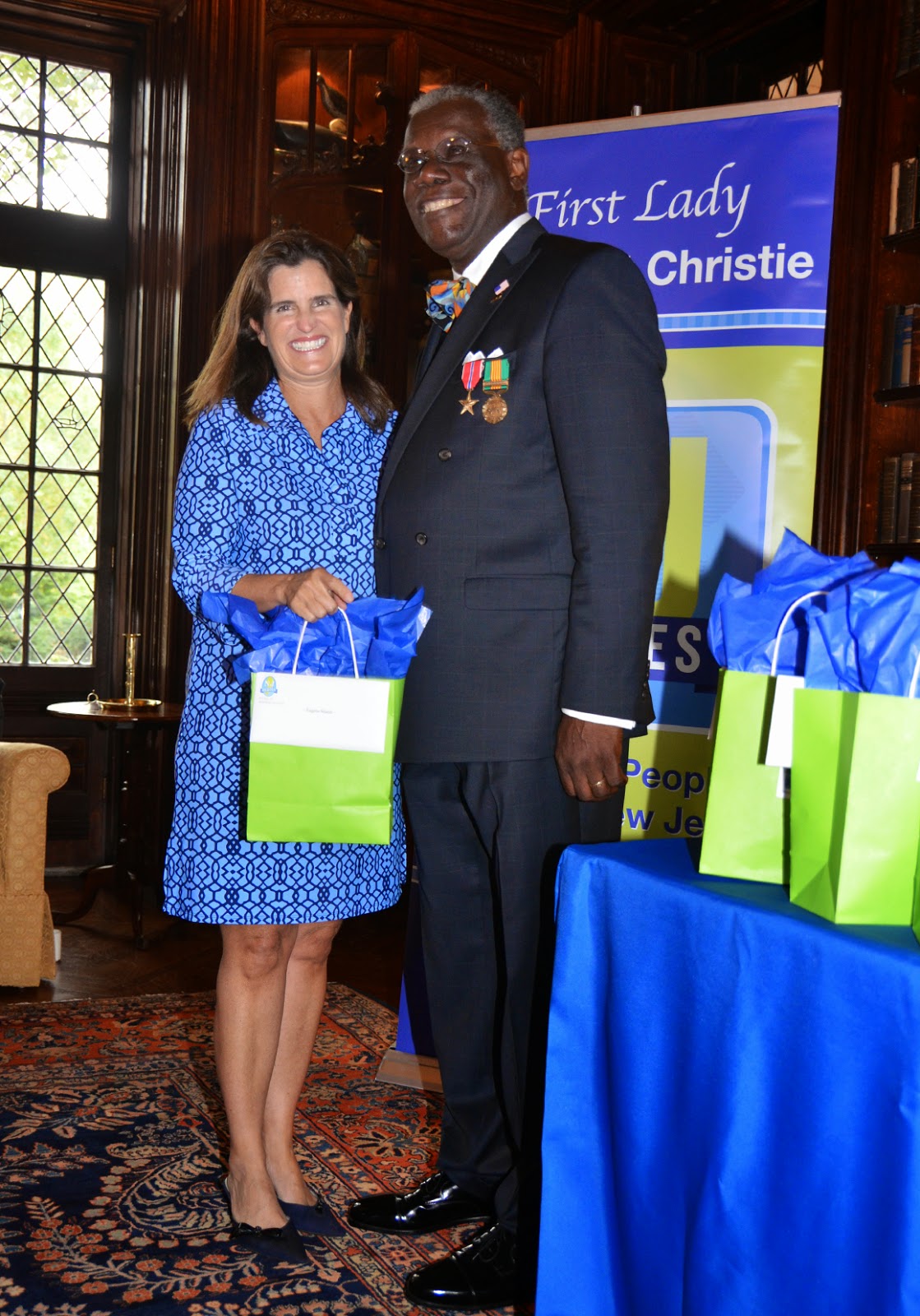 On September 9th, I was honored by the First Lady of NJ, Mrs. Mary Pat Christie, where I received the "Heart of a Hero" Scholarship.

In addition, I was honored on October 18th at Mercer County Communication College, where I received the Alumni Leadership Award and my Associate in Science Degree / Architectural.

I am in graduate school at Rider University, pursing a master's in Clinical Mental Health and I am currently writing my life story, beginning in South Carolina to completing my college education.

For my brothers who may or may not remember me, I have attached a picture of self with the First Lady of New Jersey.


If you have Vietnam Era pictures or events that you would like to share in my book, please email the item to me at:  MARSHE66.EM@GMAIL.COM.  I would welcome, in addition, group pictures of the unit which I would possibly like to include in my book.

Please feel free to contact me at my e-mail address MARSHE66.EM@GMAIL.COM.

Email ThisBlogThis!Share to TwitterShare to FacebookShare to Pinterest
Labels: Marsh 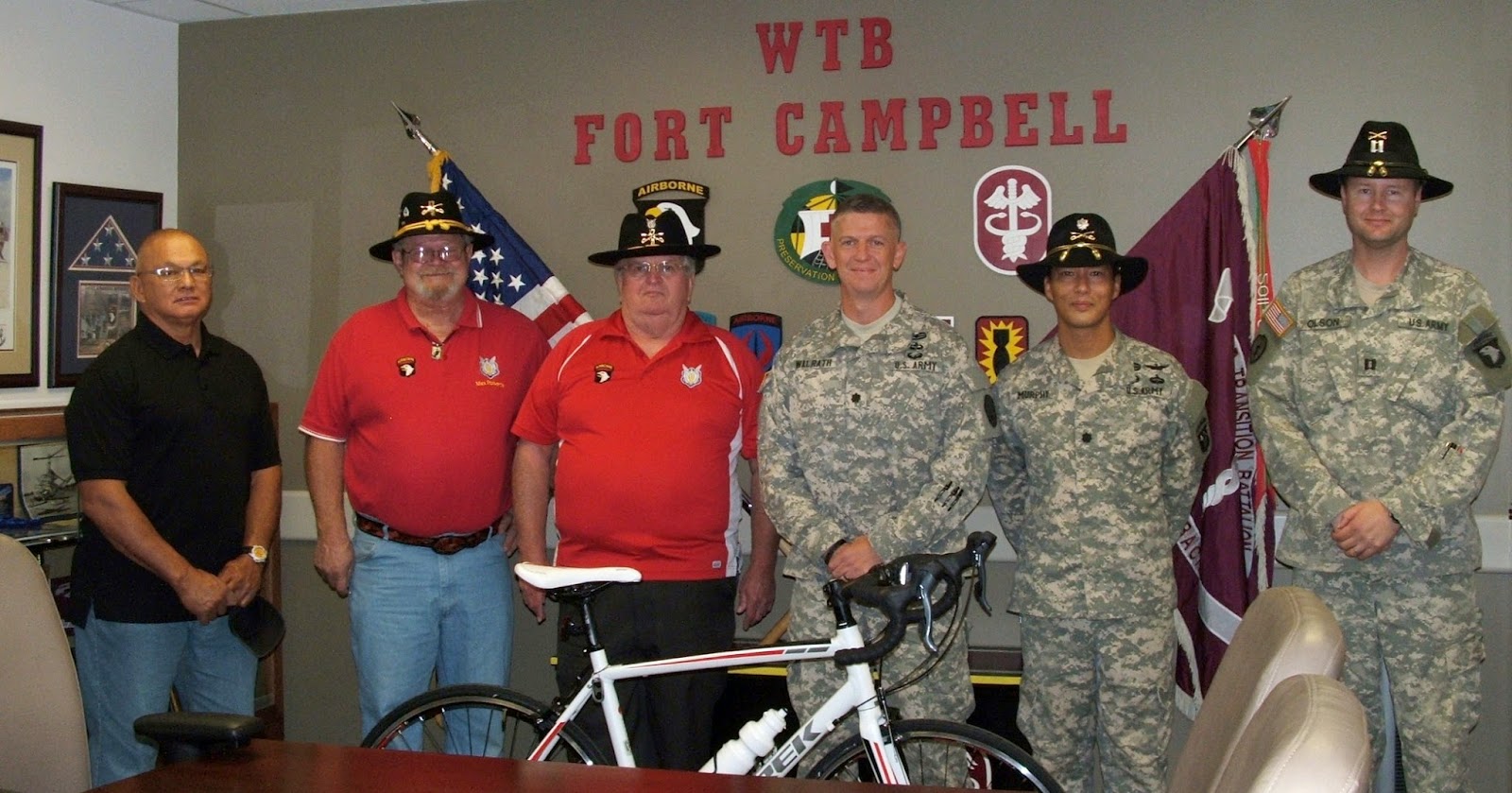 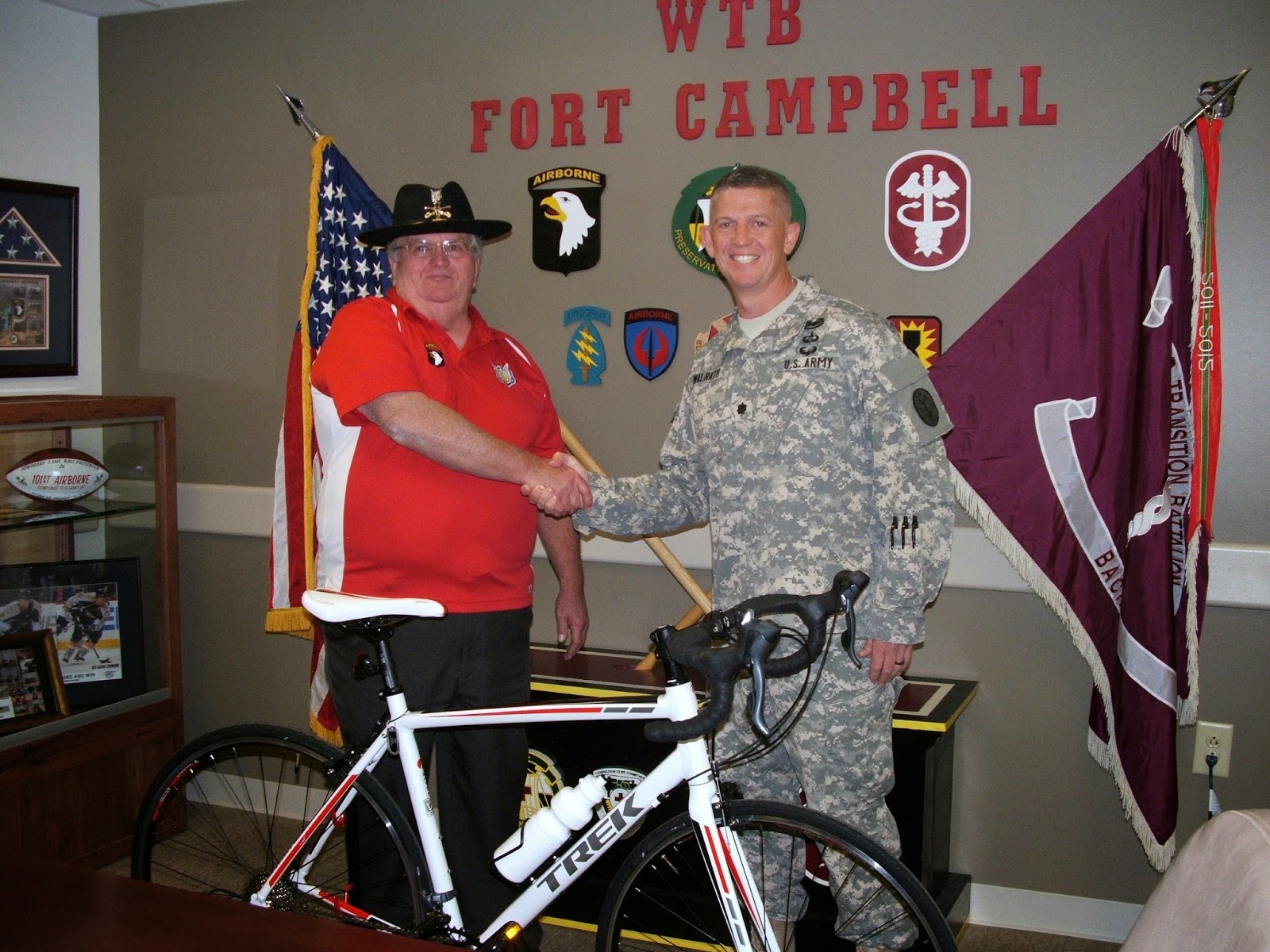 Max presenting Capt. Olson the bike's ID tag to be kept in the B Troop orderly room 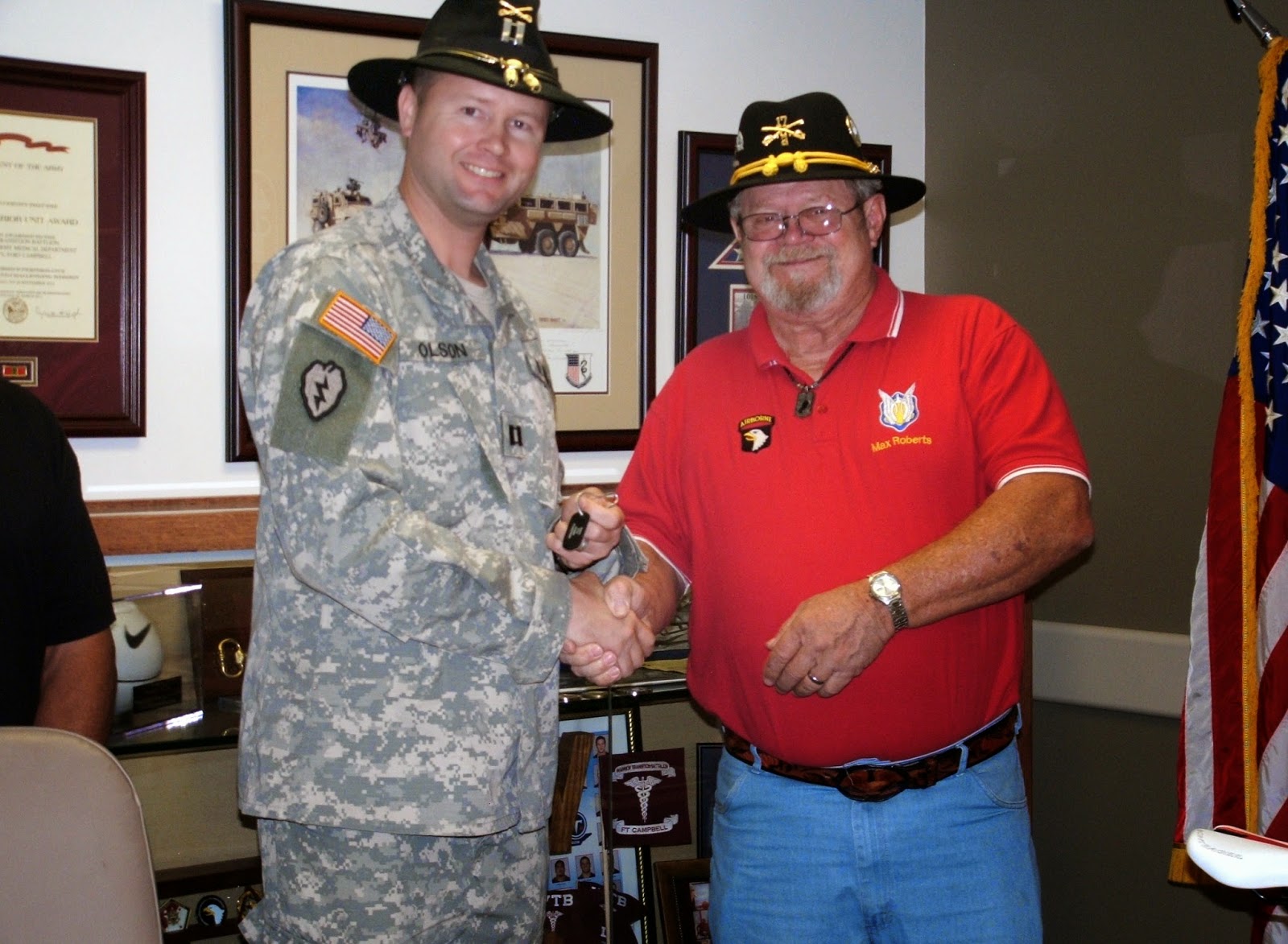 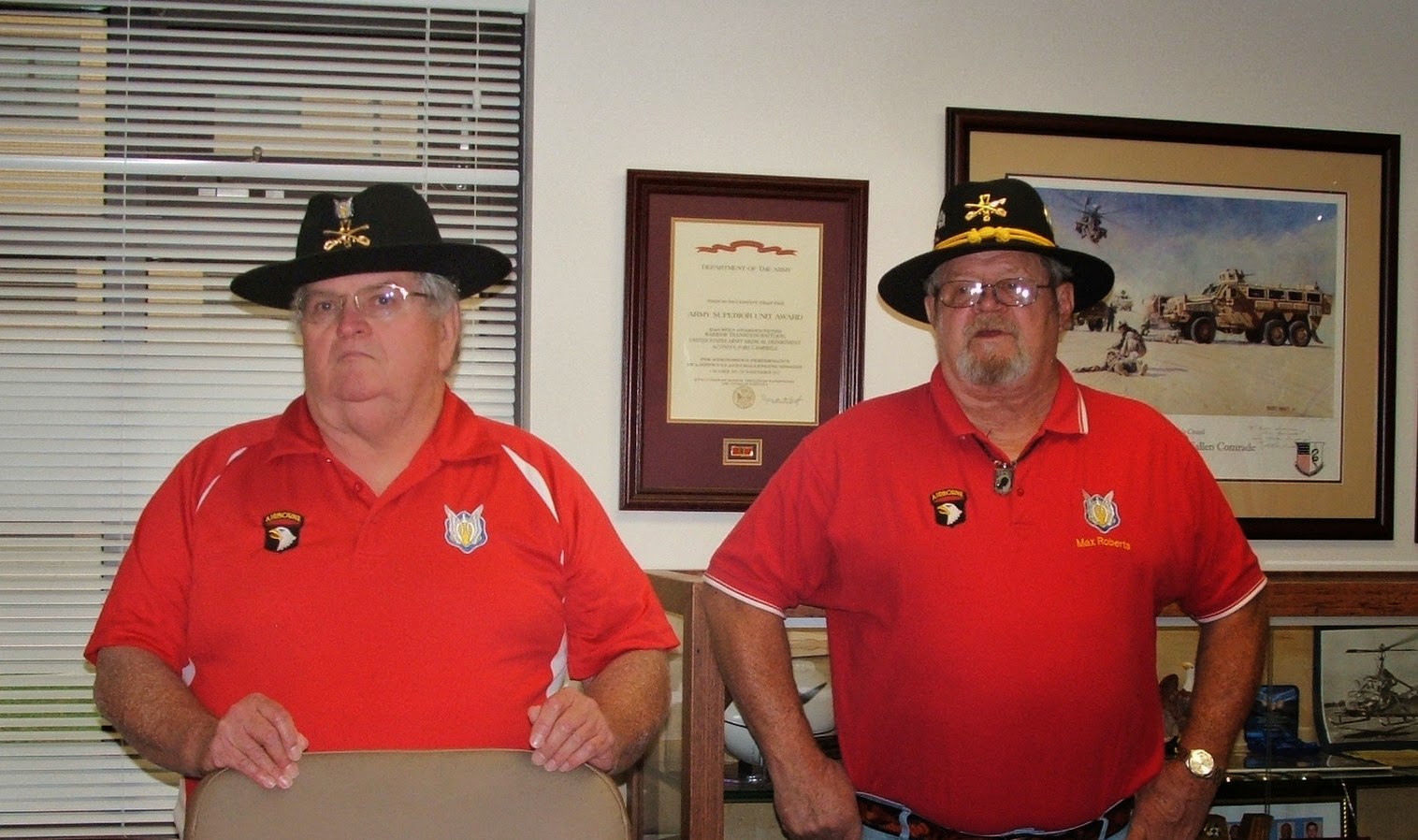 Photo of the special needs bike 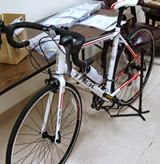 tired of getting outlandish socks and ties for
Christmas that take up space in your drawer or on
your tie rack and you might only wear them for
Halloween? suggest to your gift givers to pay for your
2015 membership to the B Troop 2/17 Cavalry Association.

IF YOU NEED AN APPLICATION
CONTACT ME
JIM MATTHEWS - PRESIDENT
jhmatthews1@verizon.net